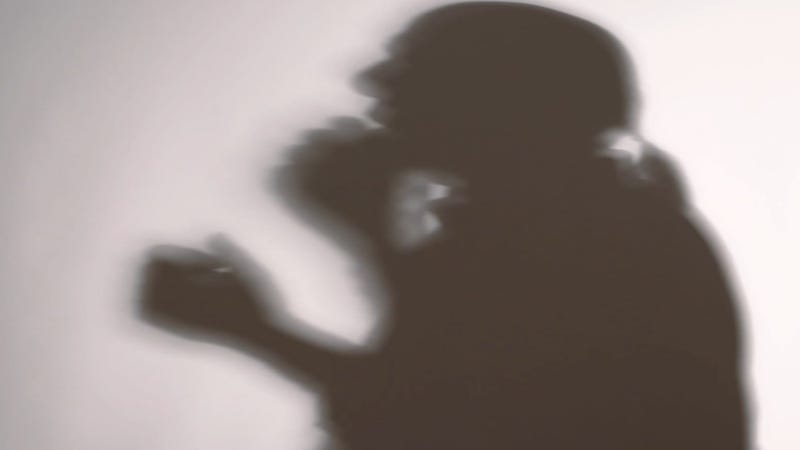 » BOOKS » SHADOW: THE SILENT COMPANION THROUGH OUR LIFE'S JOURNEY » a. the theme of the book - what is it about? » A few words about what could be the “SHADOW”

We usually base the steps we take in life on a broad, rather stable sense of ourselves

and of the world around us. However, apart from the unforeseen and downs that are inevitable features of everyone’s life, at times our course deviates unexpectedly from our planned direction.

Sometimes it is even as if we ourselves had played our part in these unforeseen U-turns in our life, without even being able to understand how this might have happened. We act in a somewhat different way from how we had declared we would act, as if a hidden, unperceived wind had carried us off our plotted course.

There are many ways in which we may respond to this strange phenomenon, depending on how we interpret it.

• (a) Sometimes we like to state that we are simply unlucky: that we inexplicably attract perpetual failures, disagreeable events and difficulties, despite our initial enthusiasm. We feel that because of our bad luck we cannot escape from being entrapped in the sequences of such events although we declare  that we fervently wish to break the cycle.

• (b) At other times we tend to adopt other people’s arbitrary interpretations. They say that we ourselves are the ones to blame. Because, they say, we have negative and pessimistic thoughts about the world, ourselves, and life, so we have a negative influence on the events of our life (or on the “field” around us). So according to such ideas we cannot but attract failure and difficulty because the negative thoughts in our minds become our real lives …

• (c) In our attempt to explain how it can be that things escape from our control and our explicit intentions, we even start to consider that we do not wish with sufficient passion and faith; that we do not dedicate our whole being to our wanting, so we cannot persuade the universe to pay attention to us, to conspire to bring things about in the way that we wish.

So, in some situations, it is as if we were hosting a stranger inside us,

who sometimes suddenly takes control of our behaviour: an intruder in our own homeland, who is a part of ourselves as well as something alien, something threatening.

It is as if he or she lives in hiding among the footnotes of our very being and our relationships – a silent partner in our manner of organising our lives and what we do with other people.

As if there were some landscapes in our personal world which we may never visit, but the winds that blow from there often define our whole individual reality.

As if exactly when we need to call upon those aspects of ourselves which we need in order to deal with some situation, we are mysteriously unable to do so.

I would say that these somehow forbidden aspects of ourselves are potential ways of interacting with the world, yet they remain unavailable in practice.
In order to describe such potential but actually inaccessible aspects of self, I personally find the term “Shadow” to be elegant and useful.

My Shadow is present when,

in a manner both honest and schizoid, I say:
“I want to do something but when it comes to action I make things difficult for my own self; moreover, even if I clearly do not at all know quite why I inhibit myself, if my mind insists that I have no reason to inhibit myself ”.

Thus, the Shadow is a metaphor describing an area within our whole being, immobilised and strongly isolated from consciousness.

The word “Shadow” has been used in psychology in many and various ways. It was Carl Jung (1875-1961) who introduced it as a term. In this book, though I adopt the term, I explore and enrich it in my own perspective.

From my perspective the Shadow:

• (a) Is not Freud’s unconscious – it is not a rubbish dump for forbidden sexual desires.

• (b) Is a part of my own existence – it actually consists of aspects of self which I cannot bring into action in what I am living through right now, however much I may need to.

• (c) Is kept in areas beyond consciousness as it is not observable by my mind; that is, maybe I do not even mentally know that I have a Shadow (alienated aspects of my own self) – however, I do sense my Shadow’s effects on what I do.

• (d) Is not some kind of ghost or a third person whom I carry around inside me.

• (e) Is not a metaphysical entity or a self-willed malignant being with its own self-awareness and will.

The important thing is that the impacts of our Shadow on our lives are as if someone else has stolen our ability to make decisions. When this happens we do and feel things that seem to us unusual and far from our intentions, our conscious wishes and our habitual feelings  –  something like waking up in a strange, unfamiliar place.

In the present text, I use the word “Shadow” to describe what happens when something that I experienced in or beyond my consciousness in the past resonates with a situation in the present.
The result is that I act in the present as I was acting in the past, even when it now seems that there are no evident or comprehensible reasons for this.

Let us say that now I need to protest vigorously against something,

to claim that I want or do not want something. And let us say that in the past and in similar situations I needed to protest, I repeatedly expressed my need, and was repeatedly humiliated; I was not heard, I was ignored, or those around me loaded me with guilt.
As a result, the aspect of myself that wanted to say “I shall speak up and express my need to protest”, was buried; it was alienated, without my understanding, through a protective mechanism unknown to the conscious part of me – because to continue being humiliated would be destructive.

Finally, that aspect of myself which would have expressed my need to protest ceased to be available to me, since the result of this self-expression was my humiliation, recorded in my experience as threatening and unpleasant.

So, whenever my present gets tuned in to that past situation, the consequences of that past need that said “speak up” create fear and inhibition of the present need to “speak up” – regardless of the fact that my present is inevitably different from that specific past.

The Shadow and the term “unfinished business”.

From this point of view, it seems that the material of the Shadow has to do with distant or recent past experiences that somehow manage to affect the present. It is as if, in some part of me, time stopped; as if one of my past experiences remained unfinished and, as soon as the present resembles the past, this past experience is re-activated across time – coming around again in my present in order to complete its interrupted cycle.

Such a life experience is usually described by the expression “unfinished business”. This is a term established by the psychologist Bluma Zeigarnik (Mann, 2010). It was later adopted in Gestalt therapy; indeed, Friedrich Perls (1957) said that in one way human life is the continual completion of pieces of “unfinished business”.

I think that to understand deeper the notion of the Shadow, it is very helpful to connect it with the term “unfinished business”. In the bigger frame produced by this connection, we can say that whenever a present closely recalls some past, sometimes may happen this: my past aspects of self that are enclosed in the Shadow and which I need to employ in my present, attempt to manifest themselves in practice – and they start pressing the gates of my Shadow.

So in my present I start fortifying this gate again, as I did in the past,

in order to keep such threatening aspects of myself silenced in my Shadow; or, to put it differently, I start repeating in my present the same past protective processes through which I once enclosed in my Shadow that part of me, of myself, that would have been at that past time critically dangerous if expressed.

It is as if there were a city that still maintained its protective walls, believing that there are still barbarians out there who will attack, while in fact the enemy departed long ago and is no longer besieging the place. (We find exactly this idea in the Greek poet’s Konstantinos Kavafi’s beautiful poem, “Awaiting the Barbarians”, 1971 – see Quotation 73, after section 47b.)

It is, in essence, acting in my Now as I did in my Then.
It is as if someone puts children’s clothes on an adult body.
Or, imagine that while the movie of my present is in colour with plenty of enjoyable up-to-date special 3D effects, it is suddenly transformed into a black and white silent movie from a century ago.