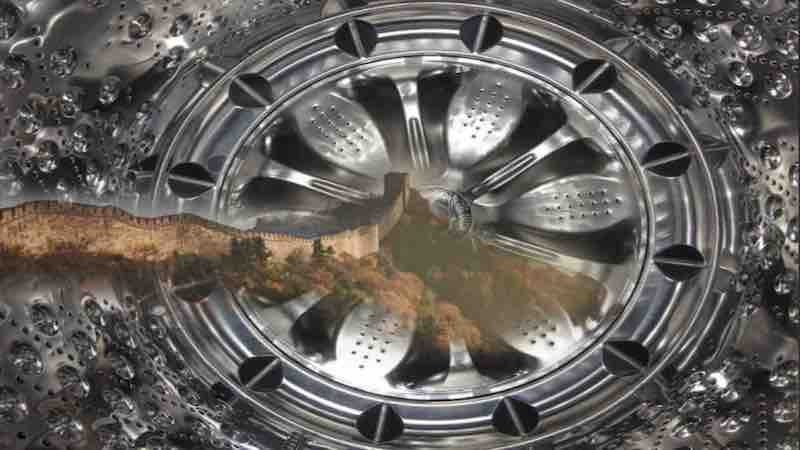 » Texts - articles » The great wall of China and the washing machine

my uncle Sotiris was saying all over this week s he was totally engaged to repair that ancient washing machine.
But no matter his devotion to the task, there was no result. However he by no means would call a technician to do the job.

My uncle Sotiris was very patient and very persistent as he had a very strong will.
He could manage almost anything and whenever he wanted to do something he would never quit.
However, with that washing machine, things were hard for him.

Those days I was passing often from his home because I was organising some renovation he wanted to do in the kitchen.
He was possessed by that washing machine.
He was taking off every screw and dismembering it again and again but without any result.
For days the poor devise was lying disemboweled, its parts scattered in the WC and the corridor with my uncle Sotiris breathing heavily over them.
Me, I was sure that he would finally make it, of course.

I admired my uncle and I was always speaking enthusiastically

for his tremendous will. In the case of the washing machine I was much supporting him because I wanted him to be once more the winner – who knows what I was seeing in my uncle’s task and I was seeing the whole matter very personally.

But there it is and comes one day and the corridor is empty and the WC in perfect order.
A a new shinning washing machine was purring like a happy kitten. My uncle Sotiris was standing by its side, happy, smiling and proud.

I was extremely disappointed.
I felt my knees trembling as I saw this new situation as a horrible defeat. “What you were expecting me to do?” he said at once. “Finally it was that damned spare part about which I told you the other day, and I could not find it anywhere, it was impossible to get it, because it was very old”.
He was very calm, satisfied and seemed not at all defeated.

But for sure he got something in the expression of my face,

because he tells me while he was tenderly arranging on the shelf the washing powder and the fabric softener:
“Listen to me. Persisting and not quitting is one thing.  But attempting to bring down the Great Wall of China by hitting your head on it  is another thing”.

However me, since that day till today, I still wonder: why I try so often to bring down things with my head no matter if it hurts much and is so often  bleeding?
Why is it so hard for me to accept that sometime, for all and for all of us comes a moment that things end and persisting is meaningless because the final fall has happened?
Why until this moment comes for me too, I do not permit myself to enjoy too, from time to time and without much thinking a new shinning washing machine purring like a kitten?

My 2 books translated in English (with videos in first person presenting them):

If you wish to get from time to time info about my activities (video-texts, books, online lectures-groups and webinars, various projects, Playback Theatre, workshops, co-operations, the Share*Dots project), you may take a minute and note your e-mail and country in this form. Name is optional: