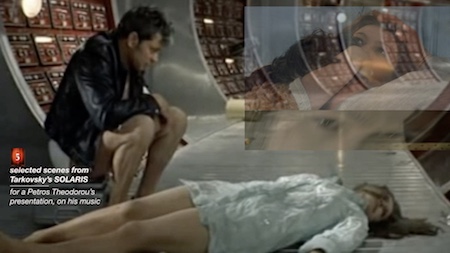 For this video I put together chosen excerpts

of the film “SOLARIS” (by Andrei Tarkovsky, from the book by Stanislav Lem),

This video accompanies my lecture
“The grandeur of planet Solaris: towards the boundaries of eros and death”
in which I am connecting the central ideas of “SOLARIS” with an existential approach to eros and love, loss and death.

The soundtrack of the film was the excellent music by Edward Artemyev.

I underline that I used my music for the selected excerpts of the film in this video, only to honour in my way the marvelous central idea of both the book and the film, as well as the director of the film Andrey Tarkovsky.