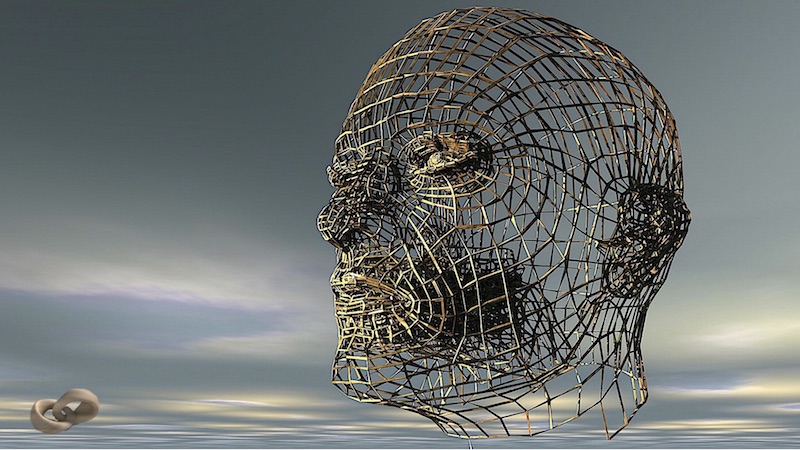 ***What follows is based on sections of my book: “Dance of the miracle: long journeys in small steps” (in Greek – for now).
***Because the excerpt is tailored to a post, I do not quote here References which, of course, exist in my book.
If you are interested in the References, please contact me.

I’m not the only one human being living on this planet.

I know that Others exist and I’m sharing with them the same physical reality.
Every act of mine, even when I’m alone or still, always happens in a world that doesn’t belong to me and in which the Others always get involved even through their absence.
So, the situations I live in, always include in a sense the Other, even as an idea.

DIFFERENT NOTIONS OF THE “OTHER”

The psychoanalyst, Jacques Lacan, distinguishes the “other” from the “Other”.

The “other” exists for each one of us:
(a) as a “copy”, a version of our image for what we name “human” and at the same time
(b) as an entity that we make up with our imagination and to which we attribute whatever we are the features of this entity.

On the other hand, the “Other”, is a being, that is completely different from each one of us as a subject and he/she completely exceeds the illusive and imaginary features that we may attribute to her or him.

that it is impossible to understand him/her as an autonomous being based only on the general common characteristics of our species.
Furthermore, Brownell, says what is noted above in his own way. He says that the word “Other”:
***(a) On the one hand it refers to another person with whom we have common traits as humans (an “other” human being, an “other” of the same kind).
From this sense of the “other” arises the notion of “otherness” – you are another person but we belong to the same species.
So, the “other” is an entity that can be “edited” to our wish: we can build theories about this entity, make assumptions and create images , which are based on the “raw material” of our own life.
***(b) On the other hand, the word “other” may also refer to a person who is so strange and so different that this person becomes totally incomprehensible. In this case, “otherness” is something different; it means another human being “who is quite strange and so different as to be incomprehensible (another person qualitatively)” – a quality in the sense of: you belong to another species.
From this sense of the “other” arises the notion of “heteros” (it is a Greek word – “έτερος”).
Such an approach to the word “other” means accepting that any other person transcends her or his image that we have constructed for him or her in our own personal reality and we accept that the other person an entire  alien inaccessible to us in his or her entirety.

THE OTHER – “VOYEUR”, MY SUBJECTIVITY AND MY “LIVED” BODY

According to Husserl, when I perceive an object and someone else perceives it too,

then, my relationship with that object changes and I see it existing “objectively” – I see it as something “real”.
If I didn’t know that this object is directly or potentially available also for the Others, it would be like the object is not “real”, like it could not exist independently from me.
For example, when I see my right foot, I can see it as something “external” because I know that Others can see it too – and that is the reason that I see it being material, as something that really exists.

It seems that my conscious subjectivity, my own self-sense (my self-consciousness, my awareness of being “me”  as a living and active subject), includes from the beginning the world and my relationship with it.
So it includes also the Others and my relational webs with them – that is, it includes an element of externality.

The fact that my subjectivity is not enclosed in itself (is not isolated from the world), it has the following results:
(a) my “lived body” (my body that I psychologically experience) is primarily interwoven with the Other and
(b) this fact it directly and inevitably places me under the look (“glance”) of the Other (present or absent) making me entirely accessible towards the Other (and vice versa).

At the same time, as I feel the Other’s eyes upon me, I know that he does what I do when I grasp with my senses anything (any component element) of the world.
So, I know that I am becoming for the Other a component of the world, too. Essentially, I experience “me” inside the Other’s look, who also sees and gives meaning to all things – exactly as I am doing at every moment.

This means that I inevitably feel always like becoming a part of meanings and intentions for another human being, I feel like existing inside his look as a part of an alien world of meanings – a universe totally different from my own.

According to Jean-Paul Sartre, it is like being a voyeur, kneeling in front of a keyhole, and seeing secretly what a person does in a room.
If I suddenly hear a noise on the floor behind me, I shall immediately feel as if the look of someone else (of some Other) embraces me (even if there is no physical presence), of someone who sees me without me perceiving it, just as it is with me and with the man in the room.

EXPOSED TO THE LOOK OF THE OTHER

Furthermore, the Look or the thought that I can be “seen” or they can “see” me,

always causes a vague sense of shame, even if it’ seems unreasonable – I could say that it is like being captured and attached in a unfamiliar world of meanings and intentions.
This is why in existentialism, the look implies also a kind of limitation of freedom.

Based on the above the result is that any look upon me, caries also a sense of some Other’s expectation.
The simple knowledge that around me there are always the looks of unspecified Others existing in the world and sharing it with me, is enough to become a foundation for a subtle sense that Others are expecting something from me – even when they are absent.
It is like feeling that there is always a coral, deep and vague sense of “obligation”, just because I am alive.

All these feelings are directly related to my physical status, because the look (real or imagined) of the Other, “captures” me in my physical dimension, “wraps” my body – that’s the reason I feel exposed, as if someone entered my nest, touched my core or invaded the sanctuary of my deepest being.
Besides, there are several movies (usually thrillers) in which the Other is conceived as a hidden observer, and the titles of such movies often include different versions of the phrase “I know what you did…”

So, my body is anyway inherently charged with several existential meanings of my exposure in the look of the Other. Respectively, if we reverse those roles, as I am “wrapping” the Other’s body with my look, I charge it with my own meanings.

THE “EMBODIED” FIELD AND THE INEVITABLE “INTER-SUBJECTIVITY”

So, our bodies, charged with different meanings,

to a large extent, are very different from the objectified neutral bodies of the disembodied field of everyday life, in which it is as if our physical processes do not participate in our experiences.
However, these processes are part of an “embodied field” co-created with the Other in any encounter with other people.
So, regardless of what we say to each other, of what we think and of what we mentally understand, there is always taking place the non-conscious and non-verbal dialogue between our bodies as they are constantly harmonising their vibrations.

It seems like the Other, through her or his real or imagined look, always has a meaning for my body that is carrying an inherent sense of connecting with the Others just because the Others exist.
Whether we want it or not, because of the mere fact that other people do exist on the planet, we become relational beings and the Other becomes part of our experiences and our subjective world.
Thus, our own self-sense as well as the synthesis of any one of our experiences cannot be but “inter-subjective” processes. The Other, both as a tangible physical being, or even as an immortal creature of our imagination, is always the source or the receiver of any kind of emotion and inevitably becomes the other part of a possible “encounter”.

In any case, it seems that beyond the interconnectivity of everything on a physical level, we are actually relational beings and we are “tending” towards the Other.
In other words, it seems that our need to reach the ultimate boundaries of our individual world and wave another human being beyond these boundaries, is a need of critical importance for our existence itself.

So, the Other, just because exists and anyway appears in front of our eyes, changes our own subjective world.
At the same time we also change his or her individual world just because we exist and appear in front of her or his eyes.

So, the Others, through our relationships, become indispensable mirrors in order to understand the “how”, I exist in the world in every instant.
In other words, every moment I am receiving reflections  of myself, from uncountable eyes, and such reflections are the base on which I give meaning to my connection with the world and I define what I am now, as I start giving birth to me oncoming moment.

Even if we are in a way individual beings (because of the individual ways in which we built our personal experiences), we need from the Other to “see” us.
We need the mirroring of ourselves in his or her eyes. We need to feel visible inside our individuality which, strangely enough, seems to be possible and acquires some meaning only through the Other’s eyes.