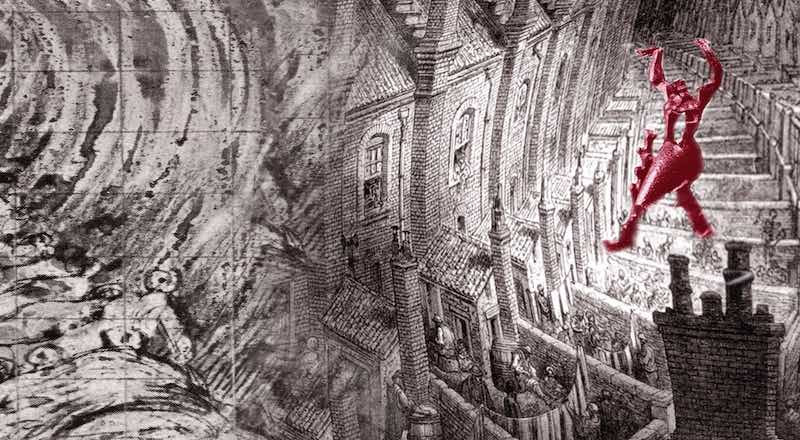 » BOOKS » NOTES FOR YOU » c. full texts with their images » 14. The violence in denying the fact of loneliness

[excerpt] – this text is from my book “Notes for you”

There is an illusional “together” that we imagine when

the natural loneliness that stems from our uniqueness starts to bite us wildly, forcing us to curl up in pain, like babies or fallen angels in the middle of an infinite nowhere.
That is when we become castaways who drink salt water in the torture of thirst, while throwing bottles with desperate messages into the vast and indifferent ocean.

When we are overwhelmed by the ferocity

of the deepest loneliness of our own unique core, we forget so much.
For one thing, we forget that it is one thing to be born, to live and to die alone at the very centre of our sense of self.
For another, we forget that it is quite a different thing to encounter other people as we move along our timeline.
We forget that in life, in everyday life, it is what we DO when we meet Others, that forms the bridge connecting these two previous things.

We forget all of this because, curled up,

we have a tremendous nostalgia for even an illusory sense of being close to an Other, to “someone”, to any Other whatsoever – present and tangible, or even nonexistent and imaginary.

To be precise, we become inexplicably nostalgic for something actually unknown to us.
On one hand, we become nostalgic for something that we never experienced consciously, for an idealized past connection that we could not keep in our mind because it happened before our brain even became capable of recording our experiences. On the other hand, we become nostalgic also for an idealized future connection.
This illogical yet powerful kind of nostalgia for something beyond our consciousness is in the first case produced out of dispersed embodied memories that had been written into our cells during our perfect embryonic happiness in the mother’s womb.
In the second case, it is rather a glimpse of expectations that are transformed into a surrealistic kind of memory of an ideal future.

because we cannot remember with our consciousness a perfect past that was written only into our cells. So, by projecting a mentally unreachable past on an imaginary future that has not happened yet, we think that we somehow “know” the taste of this future.
Under the effect of either of these aspects of  nostalgia, we act as if we are drugged by the need for the Other. Moreover, we tend to be deluded that our personal vital vibrations in this life can some day be perfectly in tune with some Other’s vital vibrations.

So sometimes we get terribly confused. We assign to the Other, real or imaginary, the task of “saving” us

from what we can’t handle in life. But no one is made so that he or she may become a magic wand for anyone else. Therefore the existing Other fails to save us, whereas the imaginary Other persists in failing to appear in real life. In both cases we get very angry.
We think the Other is resisting us, is pushing us away. We start seeing the Other as a “goal” per se, because we are desperate in our deep hunger for someone, for anyone. We attack the Other greedily, bearing with us those great expectations and illusions that in our despair we name “good relationships”.

So the Other is transformed from a peaceful haven

into a castle that absolutely has to be captured. A tender caress turns into an enraged slap. A beautiful smiling face, brilliant in its autonomy, is reduced to a grubby washcloth that exists only for our personal use.

Excerpts from my book “Notes for you”