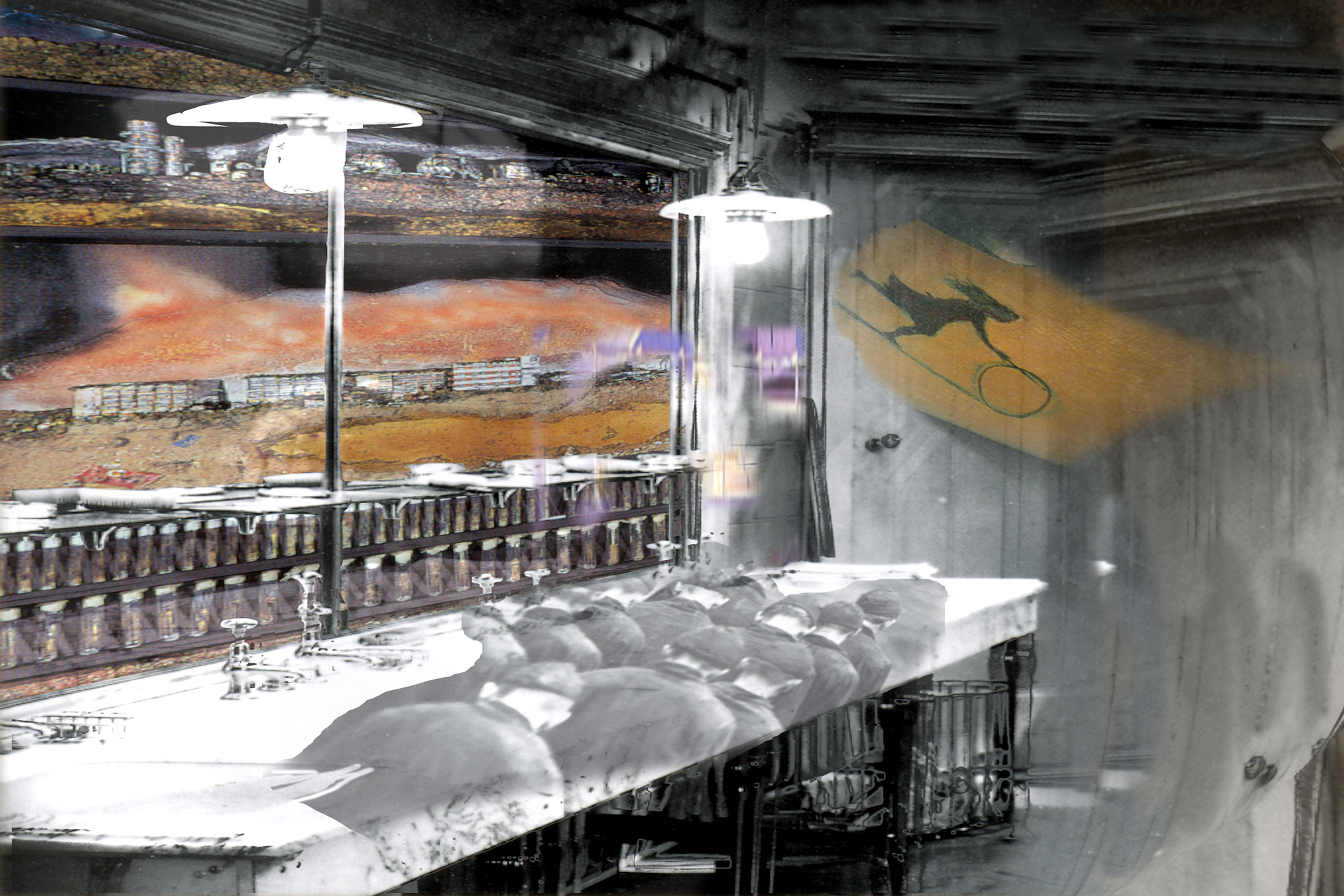 They are standing just a little beyond a crossing on a wide street.

She is saying something to him, intensely, loudly. He is looking downwards, slightly shaking his head; like a child being scolded, he does not speak. She is shouting at him, gesturing at him.
Every now and then he silently looks up into her eyes; he starts mumbling something, then stops, lowers his head again, or looks slightly off to one side. He has his hands in his pockets.
At one moment he takes them out and opens them apologetically, nodding as if agreeing to what she is saying.
Then he freezes, looks at her with his eyes wide open.
He seems to be saying, “You are more than right  … all the same … what else could I have done?” – but it is quite uncertain what precisely he would have said if he had actually spoken.

She abruptly turns her back to him. She leaves with great strides, diving into the crowd

that is crossing the street. He is still looking down as if embarrassed.
He punches his left hand with his right fist two or three times, each time harder.
He tightens his lips, as we might when we are disappointed with our own self, fighting with our own being.

Because indeed, there are times when things become very hard

in our relationships. And when this does happen, there are even times when we forget something fundamental: that whatever happens with the Other does not only depend on us.
Yet, through our yearning and deep thirst for the Other, we think we have done something “wrong”. We shrink, we become much smaller. We take on our own backs the total and unbearable responsibility for events that are not produced by ourselves alone, while we transform the Other into a totem that is beyond any fault.
We struggle to establish logical connections between events, to invent comprehensible reasons for their evolution, so as to discover the critical turning points at which we made a fatal “mistake”.
Indeed, we feel as if we ourselves were in our wholeness a total mistake.
“If I had made that phone call….”, “if I hadn’t  missed the train…”, “if I had been on time…”, “I am mad at myself for…”. We cut our selves into two parts, and one half argues with the other half.
One part becomes the parent while the other is the naughty child who is to be “blamed” for not knowing what action would have been “right” – as if the child inside us should or can know what is right or wrong.

The man is standing just a little beyond the crossing.

Every now and then he looks up, half closes his eyes and looks intently into the crowd flooding the road from the opposite sidewalk, moving towards  him.
He smiles, as if he were watching her figure emerge with great strides from within the crowds, smiling warmly at him, arms wide open, willing to hug him tenderly, seeing no fault in him.

This website uses cookies to improve your experience while you navigate through the website. Out of these, the cookies that are categorized as necessary are stored on your browser as they are essential for the working of basic functionalities of the website. We also use third-party cookies that help us analyze and understand how you use this website. These cookies will be stored in your browser only with your consent. You also have the option to opt-out of these cookies. But opting out of some of these cookies may affect your browsing experience.
Necessary Always Enabled

Any cookies that may not be particularly necessary for the website to function and is used specifically to collect user personal data via analytics, ads, other embedded contents are termed as non-necessary cookies. It is mandatory to procure user consent prior to running these cookies on your website.